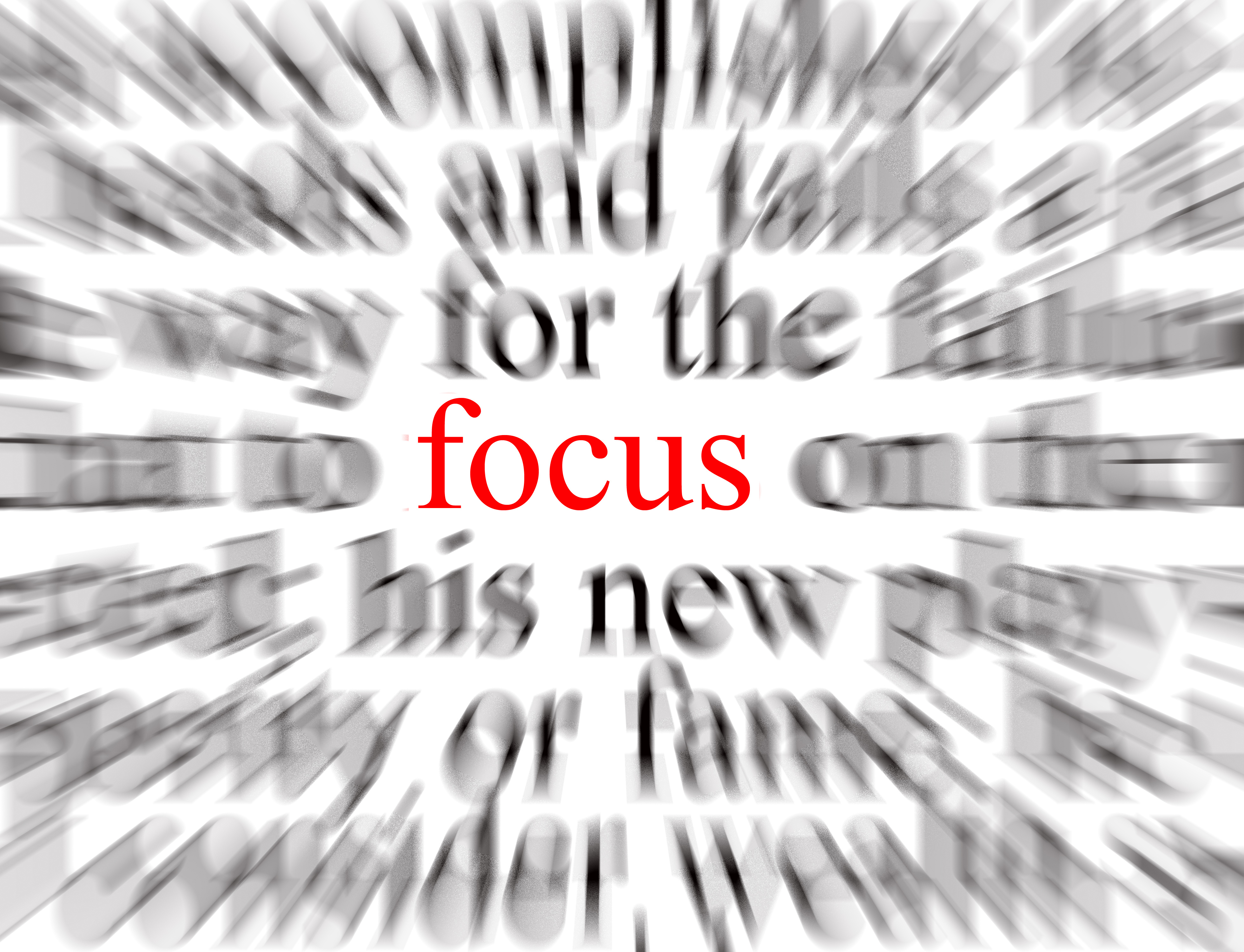 Where is Your Focus

“Now when He got into a boat, His disciples followed Him. And suddenly a great tempest arose on the sea, so that the boat was covered with the waves. But He was asleep. Then His disciples came to Him and awoke Him, saying, “Lord, save us! We are perishing!”

You might be asking yourself “What does this story have to do with FOCUS?” But bear with me while I explain the importance of these scriptures, and how it teaches us to FOCUS.

In verse 23 starts off by stating that the disciples followed Jesus into a boat. Judging from this portion of scripture I don’t believe His disciples were manning the boat themselves. I think other men were in charge of this boat. Men who didn’t know Jesus the way His disciples did. This storm gave an opportunity for everyone aboard to FOCUS on Jesus and His power. His disciples awoke Him because they were fearful. Even though a few were experienced fishermen themselves, and probably had been through storms similar to this. They had no answer, and all they could do at this moment was FOCUS on Him. They were powerless in their circumstance.

See Jesus wasn’t creating new believers while He rested, but after He woke. It made me think how we must be awake and focused to change the things around us.

That is what makes an impact!
Jesus definitely does things that make an impact. This one event alone has had a long lasting impact on history. This portion of scripture has probably brought peace to so many sailors, navy men, fishermen, etc. I can just picture it framed, painted, or carved into plaques on many ships and boats around the world.

This goes to show that our FOCUS goes a long way! Especially when our FOCUS is on Jesus! We as believers must always redirect our FOCUS back to Christ. Because His disciples were able to redirect their FOCUS from the storm to Him not only did it reassure their salvation, but it also gave the opportunity for others to FOCUS on Christ.

He proved to them that they could FOCUS on Him in the worst of circumstances. They knew who to call on. They knew who to wake up. They did not wake Him up to warn Him, but to have Him save them. They knew the only one that could bring salvation was Him, and they acted on it. It says that even the other men on the boat asked “Who can this be, that even the winds and the sea obey Him?” Their focus suddenly shifted!

When Jesus awoke the first thing He focused on was their faith. He then focused on the winds, and lastly the waves. Let me show how this relates to us in three examples.

1. Jesus always looks at our faith first. If we can FOCUS on Him in any situation He takes notice of our faith, and is willing to help us.

3. Lastly we see it play out in the visible (waves). Once we are able to FOCUS on Christ, we use our faith to allow Him to address our storms of life. He then begins to bring peace. He can begin to do a work in your life. A life plagued with issues, and problems begins to have normalcy, and happiness. The storms brewing around you quiet down. The tempest inside of you begins to weaken until it seems like it never was. The power of Jesus becomes evident in your life, and others begin to take notice.

For every follower reading this, I hope this brings clarity and purpose to your struggles. I hope it will give you insight on how to FOCUS on Christ and allow God to use you so others can find Jesus!